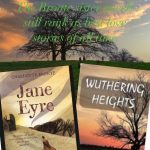 The novel came into being in the 18th century as a construction defined by a slow unfolding of characters and plot with ensuing dramas, misunderstandings and entanglement of the characters that ends with a final resolution of either happily ever after or tragedy. The term novel is a contraction of the ‘novella’ (meaning ‘new, innovative’) an Italian word defining short stories of light and entertaining nature, an antidote to the epic poems of earlier days. It is interesting that the contracted form the novel now denotes a larger serving of prose than the novella. Early Novels usually took a narrative form and proceeded to tell the tale in chronological order. Literary scholars date the novel in its earliest form to Samuel Johnson’s Pamela of 1740 though experimental forms existed back to the epic Morte d’Arthur by Sir Thomas Malory in 1485. Such early work did not concentrate on the individual but employed stereotypical characters to drive the narrative with accompanying moral lessons for the reader. These ‘novels’ were long winded, lacked humour and preached moral rectitude to their audience. They are hard for the modern reader to digest.

In 1818 though, Mary Shelley a young woman of amazing talent possessing a vivid imagination wrote the Gothic novel called Frankenstein. The tale started out as a short story prompted by a late-night dare by fireside companions to each write ghost stories. Her companions were her husband Percy Bysshe Shelley and Lord Byron both influential Romantic poets. But Mary’s story aced theirs and its character Frankenstein became legendary. Many do not realise that Frankenstein was the doctor who created the manufactured monster not the name of the monster himself. Apart from its unique character and plot, Frankenstein has a deep message about life, death and man versus Nature. The work is seen as the precursor to science fiction, an unknown genre at the time but one French author, Jules Verne would later embrace in his fantastical stories.

Jumping forward to a familiar name and a change in the style of the novel genre we come to the works of Jane Austen (1775-1817). Her six novels, many now adapted to film, are refreshing in their strong female characters and depiction of real life on the home front. Elizabeth Bennett and Darcy are well known characters even to non-Austen fans. Though the stories lack rollicking adventure and Gothic tragedy, really nothing more than elopements and love triangles, they excel in irony, humour and accurate observation of real people. Austen’s character driven novels paved the way for The Bronte sisters who emerged as a brilliant trio of writers some thirty years later. These young women who all died young, Anne at 29, Emily at 30 and Charlotte at 39, never travelled beyond Yorkshire yet penned sweeping passionate novels that startled the reading public at the time. Even today, Jane Eyre by Charlotte Bronte and Wuthering Heights by Emily, rate in the top romance novels of all time. These works challenge all the previous overly polite fiction populated by swooning virgins and swashbuckling heroes.

Enter Dickens in the 19th century who creates great characters but tends towards long winded narration and social commentary akin to the Romanticism of poets like William Blake and Wordsworth. Another notable female author, Mary Ann Evans (1819-1880) wrote under the pen name of George Eliot and created extraordinary moral conflicts for her characters in the novels, Mill on the Floss and Silas Marner. Her work shows great intellect and a mastery of the tragic element. This paves the way for Thomas Hardy and his tragic novels of which he wrote many. He concentrated his stories in Wessex, a place term he invented. His tragedies are all set in the countryside and mostly focus on the poor and hard done by people of the working class. They present a strong discourse of man battling Fate and are almost reminiscent of the great tragedies of Shakespeare. The Return of the Native, The Mayor of Casterbridge and especially Tess of the D’Urbervilles leave a lasting impact. The latter affected me so much as a teenager that I named my daughter Tess!

Please log in again. The login page will open in a new tab. After logging in you can close it and return to this page.